MHPS has postponed its spring bike auction due to pandemic 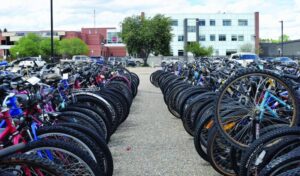 The Medicine Hat Police Service has indefinitely postponed its spring police auction that sees unclaimed property, including a large number of bicycles, cleared out of the compound on Second Street SE in the River Flats.

Officials told the News last month that the service had considered an online offering of items seized or picked up as lost in the community over the course of the last year.

But, the large number of items made that process unwieldy and the restrictions on the size of gatherings makes a traditional auction untenable. The event usually takes place in the final weeks of June.