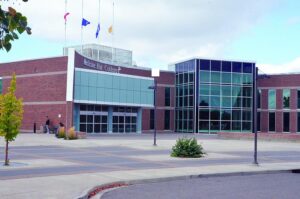 Medicine Hat College has cut five degree programs along with 41 jobs in order to absorb provincial budget cuts ahead of the next academic year, the institution reported on Wednesday, the day after the college board passed its upcoming budget.

That budget moves the college $3.3 million closer to a mandated budget reduction of $6 million by the spring of 2023, said college president Kevin Shufflebotham.

“It’s a tough day today,” he told the News. “(Cost reductions of) $3.3 million has a tremendous effect on this organization, but we’ve done the work to get to that target.”

MHC will suspend new applications for those seeking to become educational assistants, social work and addiction counsellors, or obtain a bachelor of business administration degree, or those hoping to take initial engineering courses that can be transferred to other institutions.

Students already enrolled in specific areas for the 2020-21 school year will be able to complete their programs, but new applications won’t be accepted.

Those were determined by weighing a number of factors, said Shufflebotham, including graduation rates, employment prospects, cost of delivery and demand.

“Every expense was considered,” said Shufflebotham, citing administration and other operating expenses, adding specifically that the layoffs are not a reflection on the quality of staff. “(Cutting programs and layoffs) were the absolute last option … but as a majority of MHC’s budget relates to salaries, achieving the imposed targets without impacting positions in faculty, support and management groups was impossible.”

Last fall the province reduced MHC’s Alberta Campus Grant for next year by $540,000 and called for a further $6-million reduction by the 2022-23 academic year.

As previously announced, tuition will rise by seven per cent for students this fall, but Shufflebotham said the province’s goal is to focus on reducing expenses.

The union representing non-academic staff had signalled last week that layoffs were underway, and called on the government to support education as an economic driver.

“Now is the time to invest in our future, not to undermine it,” said Karen Weiers, a vice-president with the Alberta Union of Provincial Employees. “We need to prepare Albertans for a future after COVID-19. Colleges can play a vital role – if they haven’t been devastated by short-sighted cuts.”

Last fall, Advanced Education Minister Demetrious Nicolaides told the News during a visit to the local campus that there were “difficult decisions” ahead but changes could improve post-secondary learning while addressing what he considered high provincial spending levels.

“We need to create a situation in which we have a sustainable model … and also one that is expanding access, that is increasing enrolment and is delivering the high-quality results that students and all Albertans expect from the system,” he said.

A college release states that 41.2 full-time positions will be lost by a combination of voluntary leave programs and permanent layoffs, though no breakdown is provided. The MHC Faculty Association had 260 members this winter, and about 150 non-academic staff are represented by AUPE.

Another 11 layoffs are considered temporary during operations that are altered during the COVID-19 pandemic response that forced students off campus to end the winter semester.

Wednesday’s release states the college is now planning to offer “a full array” of classes in the fall while taking necessary health precautions.

The college is also joining a “task force” of Alberta colleges to promote its specific programs as an economic recovery vehicle. In Medicine Hat”s case it is promoting the environmental reclamation department and states it will engage with government and industry leaders on the issue of oil and gas well abandonment.