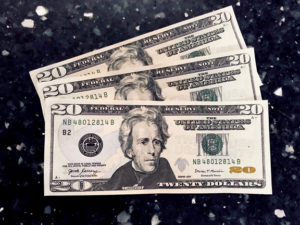 NEWS HANDOUT COURTESY MHPS
Police say they've noticed a surge in reports of fake US $20 bills as of late.

Police say fake U.S. currency has been circulating around the Hat.

According to a news release from the Medicine Hat Police Service, multiple businesses have reported the counterfeit $20 bills over the past week.

The bills all have the same serial number, which ends in 2814 B, and have a texture similar to plain paper, with poor quality detail.

Cops are warning Hatters to be diligent when accepting cash, particularly foreign currency.