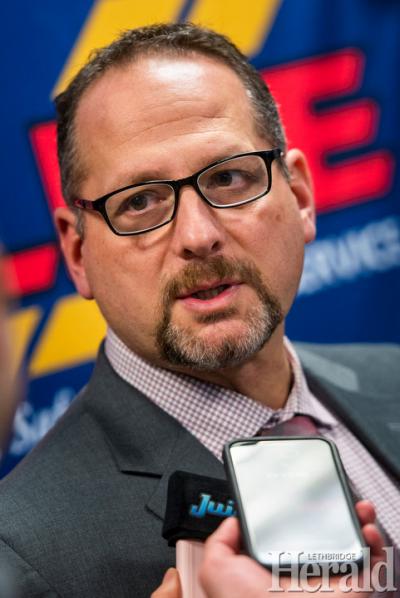 The Lethbridge Police Service says groups or gangs of youth are targeting cellphone retailers and hoping to sell the stolen phones online.

In cities throughout the province, including Lethbridge, retailers are being targeted by groups of youths and young adults who enter the store, distract employees and steal cellphones.

According to S-Sgt. Pete Christos of the LPS Criminal Investigation Division, this type of “swarming” tactic has been used as recently as Feb. 7 in the city when five males entered the Telus store in Park Place mall and stole multiple display model phones worth approximately $9,000. The males then fled through the mall, left in a vehicle and proceeded to drive out of the city.

This recent case is somewhat similar to another more violent incident in June 2018 when a group of three Calgary youths entered and forcibly robbed a Bell Store in Lethbridge, stealing $25,000 worth of cellphones before fleeing the city on Hwy. 519. The suspects and their getaway driver, Ruach Bang, 21, also of Calgary, were later forced off the road and arrested near Granum thanks to an active tracking system installed in one of the stolen phones. Bang ended up receiving 30 months in prison for his part in the crime. The youths also pleaded guilty to the charges against them and were sentenced as young offenders.

Christos confirmed most swarmings of this type rely on distraction and confusion rather than on violence.

“They are actually stealing the cellphones right off the display cases,” he explained.

Police are advising businesses to be aware of the swarming tactics being used, report any suspicious activity and call 911 immediately if an incident occurs.

Police don’t know if there is organized gang activity behind these types of heists or just copy-catting, Christos said, but police do know where most of the stolen cellphones eventually end up – being sold online as a greatly discounted price to what they would be new.

“If you feel the purchase is too good to be true, than it is probably the fact; so be careful with that,” he said.

Police say anyone buying a phone using online classified ads, auctions or marketplace sites should be advised to always ask the seller for the phone’s serial number or the International Mobile Equipment Identity (IMEI) number before they proceed with any transaction. Every smartphone is equipped with a unique 15-digit IMEI number that can be checked online at http://www.devicecheck.ca. This free service will show whether the phone has been reported stolen or is blacklisted.

As for the Feb. 7 theft at the mall, Christos said the investigation continues and the LPS has released a photo of the suspects.